And Then There Were Three

Dixie Chicks, “The Long Way Round”

It’s been a kind of homecoming – in Cambodia of all places. Sam (Mike’s 27-year-old son) has joined us with a bicycle.
The last time we spent any length of time with Sam was when he was in his mid- teens, and we took him sailing in Tonga. Five years ago he moved to Australia and we’ve seen very little of him since.


He was doing what all young men (and probably women) need to do - getting away from their parents’ and learning to stand on their own two feet. He’s changed cities and jobs and girlfriends and saved enough money to set out on his long-held desire to travel.

He’s also grownup, and the very best part is that parents and “reconstituted families” are now ok.

Until it happened, we never really believed Sam would accept our invitation to come cycling for a few days, a few weeks or whatever. As Judy said, she thought he would get a better offer as he travelled through neighbouring Thailand, probably one involving new friends and lots of late nights.

But Sam surprised us. He turned up bright as a button on the due date in Siem Reap and before we knew it he was drinking beer with us in the little restaurant attached to our guesthouse.

We spent a couple of days tracking down a bike for him, one that wasn’t too expensive but was sturdy enough to tackle the roads to Phnom Penh and beyond. He settled on a used mountain bike that appears to have been made in Japan. It has no complicated disc brakes or suspension, but does have 21 gears which are stamped with the magic word Shimano.


So far, so good, until the next day as we toured the temples of Angkor Wat and Sam had his first flat tyre. It wasn’t a promising start but luckily a roadside cycle mechanic replaced both inner tubes for next to nothing.


Now, 400 km later, we are in Phnom Penh. Sam’s bike - touch wood - is running well and has even been given a name, Morris. Sam is enjoying the cycling so much he is considering keeping the bike once he leaves us.
Most importantly, the three of us have been catching up properly for the first time in years. It’s felt like a celebration - a homecoming. It’s perfect.

Sam is doing his own blog: http://intheplanetjupiter.wordpress.com/


Posted by Mike Brockie and Judy Yeoman at 19:23 7 comments: 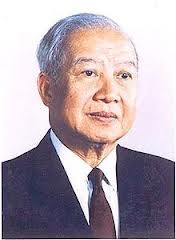