Bratislava - Once Over Lightly

Bratislava has a youthfulness and energy about it we felt the moment we arrived. Perhaps it has something to do with the country's recent past, and the need to move on from the days when it was part of both the Eastern Bloc and the old Czechoslovakia.
Then came the collapse of the Berlin Wall, democracy in the early 90s, a "velvet divorce" from the Czech Republic and membership of the EU.
It's an awful lot to happen in 25 years.
Notes from the Road
The city is easy to ride into with good cycle paths and tolerant motorists. We gave Bratislava a couple of nights - staying at the centrally located Patio Hostel which enabled us to walk everywhere and leave the tandem safely locked in the hostel's luggage room. The nearest campsite is 9 km from the centre. 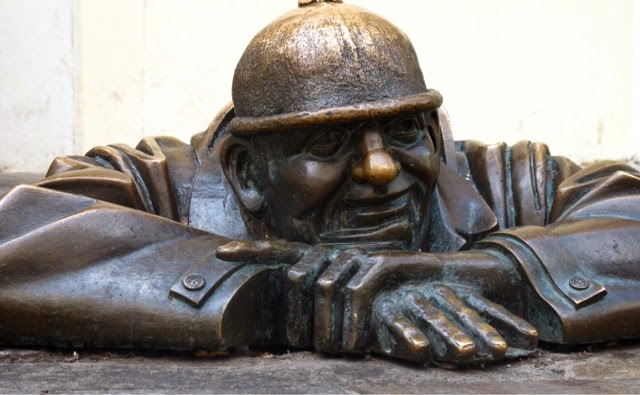 Man at Work - said to be the most photographed subject in Bratislava. It is suggested he reflects life under communism, with his head resting on his hands when he should be working. "People didn't work hard and they weren't paid much," someone said. 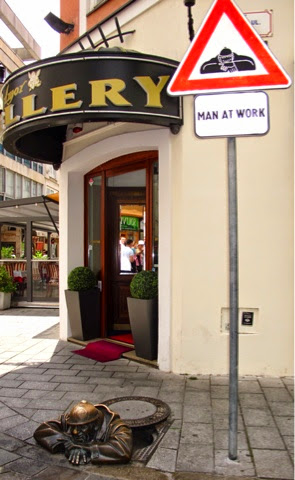 After a motorist knocked the workman's head off, a street sign was put up to warn drivers. 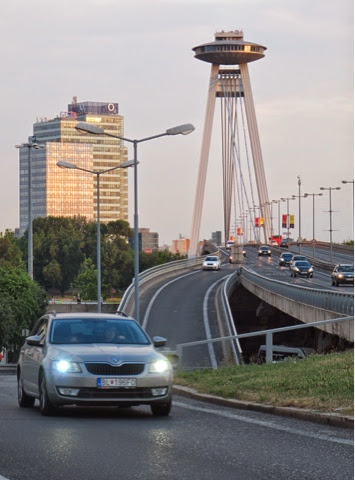 Built in 1972, this modernist bridge crosses the Danube. It boasts a viewing platform and an expensive restaurant. Its construction required the demolition of part of Bratislava's old town, something the Soviets probably didn't care about and the locals haven't forgotten. 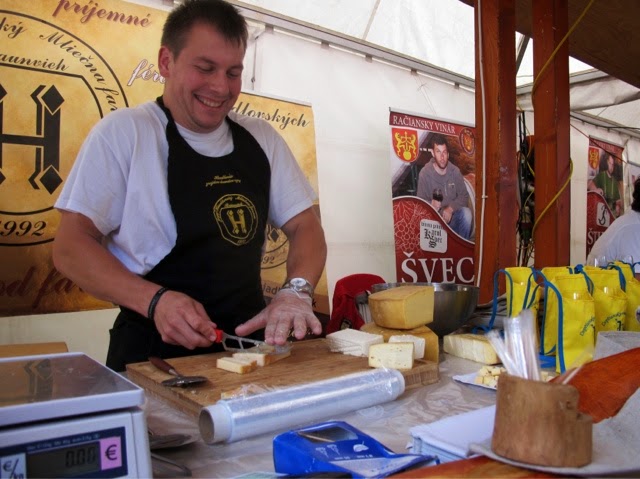 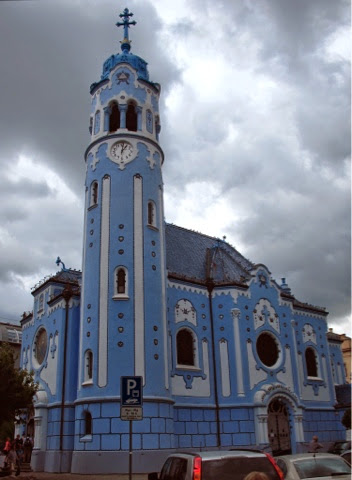 The Blue Church - early 20th century, art nouveau. Was it a job lot on the paint or just a priest with a passion for blue? 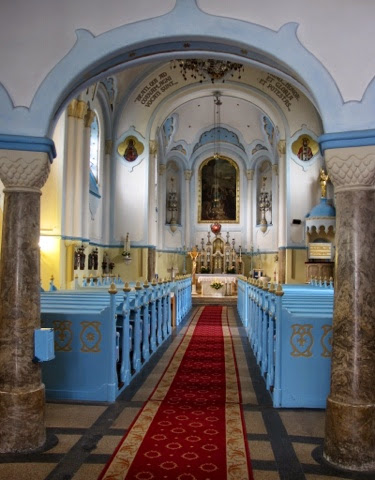 The Blue Church is a popular venue for weddings but .... 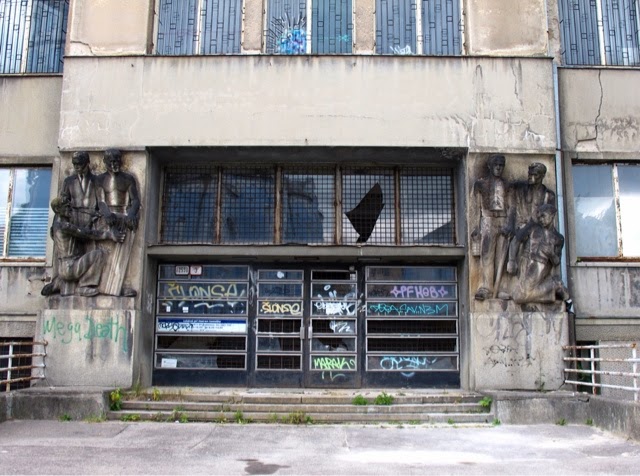 when the newly married couple emerge from the church they are confronted by this - a derelict, communist era hospital directly across the street. 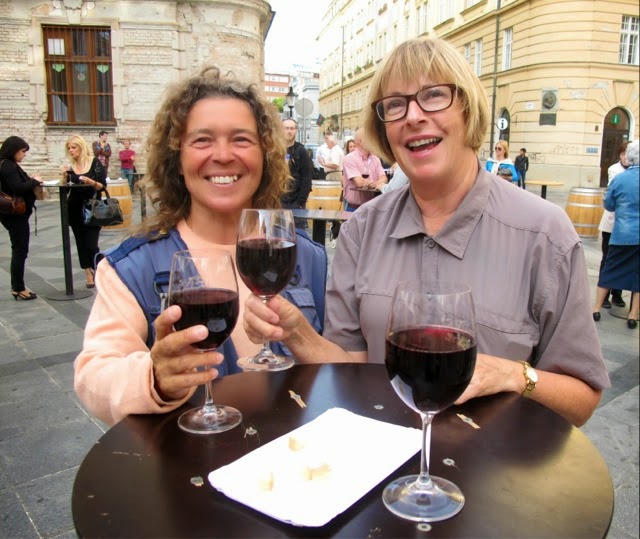 French cyclist Maud, like us, is following the Danube to the Black Sea. Here she and Judy enjoy a drink at a weekend-long wine festival in the old town. 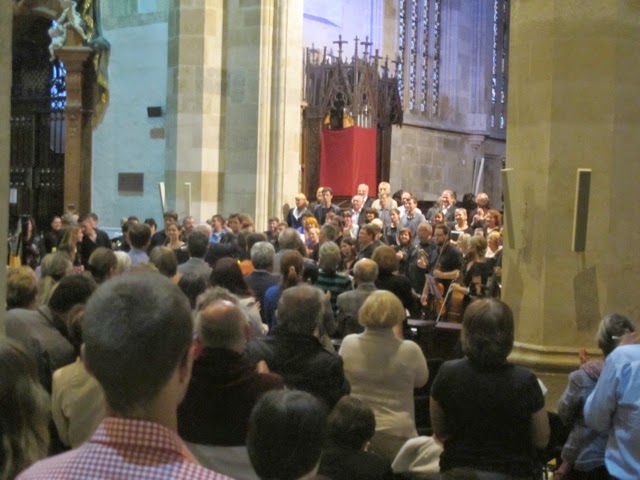 Applause as a free concert of classical music draws to a close in St Martin's Cathedral - the cathedral is where 11 Austro-Hungarian monarchs were crowned. 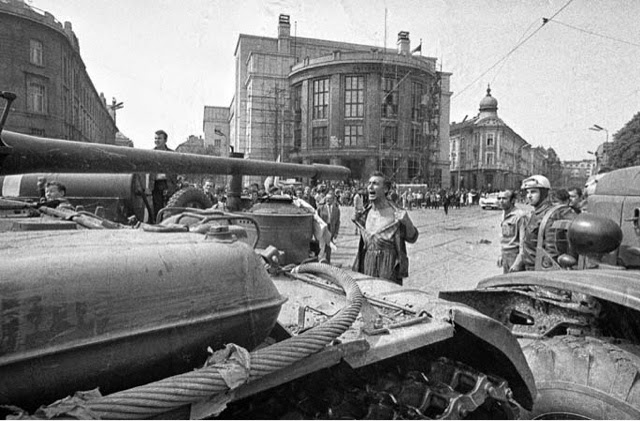 This famous photo of a man baring his chest to the might of Soviet invading tanks in 1968 is often said to have been taken in Prague. It wasn't. It was in Bratislava, in front of the university's law faculty which still stands today. 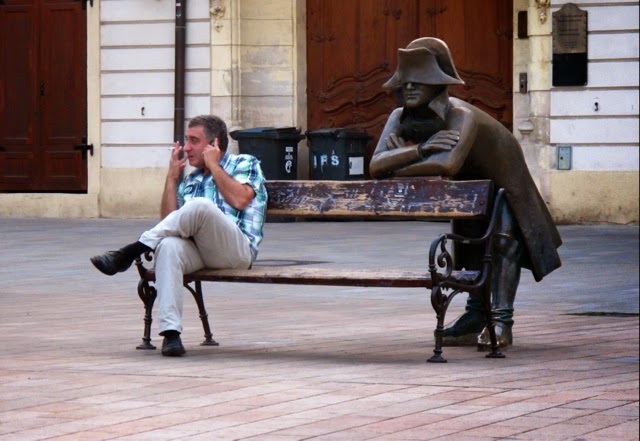 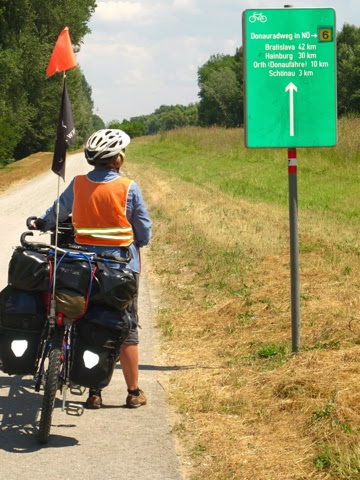 On our way from Vienna to Bratislava. We are riding on a cycle path on top of a dyke that helps contain the Danube. 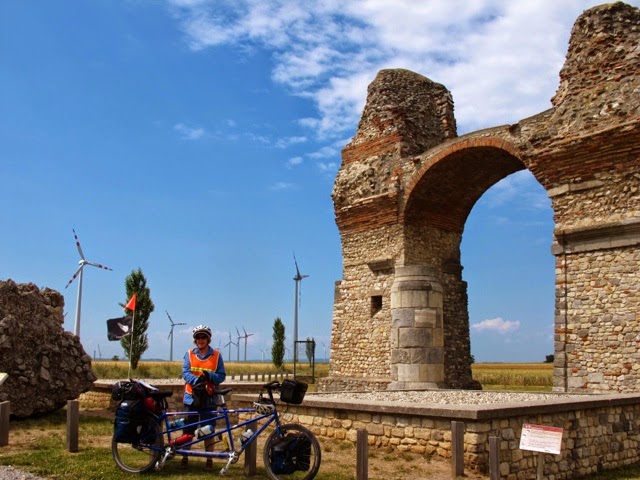 Roman ruins at Petronell-Carnuntum, Austria. This was one of the entrances to a victory monument erected for Caesar Constantine ll about 350BC. In the background, a wind farm quietly hums away. 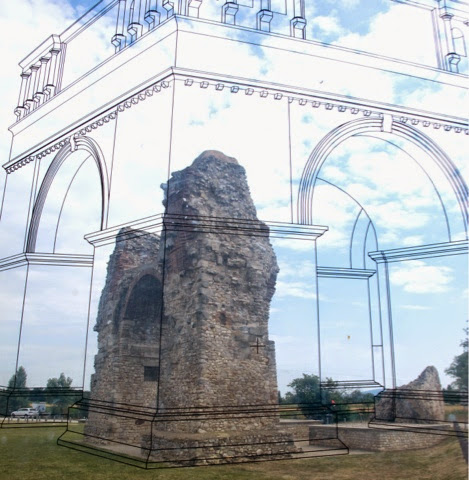 Time, weathering and possibly the ravages of man have worn away much of the original structure. 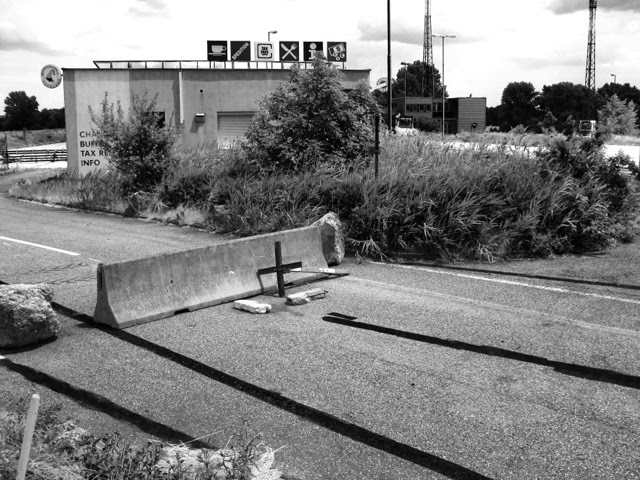 The disused border post between Austria and Slovakia. No officialdom but old signs promise tax refunds, money changing and a buffet. The last stretch into the capital of Slovakia. The building in the background is Bratislava Castle, once the seat of Hungarian royalty.
Posted by Mike Brockie and Judy Yeoman at 20:29