A Spoke in the Works

“Never put off till tomorrow what you can do today,” Thomas Jefferson, American founding father and principal author of the Declaration of Independence.

Well, here we are. Bangkok. It’s exactly where we tried so hard not to be. Our efforts to avoid the teeming millions have failed because we ignored the advice of Thomas Jefferson, a man who knew a thing or two.


The first sign of trouble with the front wheel of our tandem came way back in Malaysia.

We replaced a broken spoke and went to considerable efforts to find a bike mechanic who could true the wheel for us, then moved on. The second spoke went 1,374 km later.We replaced it but did nothing more.


For nearly a week we rested up at Ayutthaya, the old Thai capital, relaxing in a comfortable  teak guesthouse and only emerging to go wat watching and stuff ourselves with food and beer. But as most touring cyclists know, once a spoke goes there is something wrong and the problem needs to be dealt with. When two go and you do nothing about it, there is a constant gnawing in the pit of the stomach. No matter how hard you try to ignore it, that feeling won’t go away. 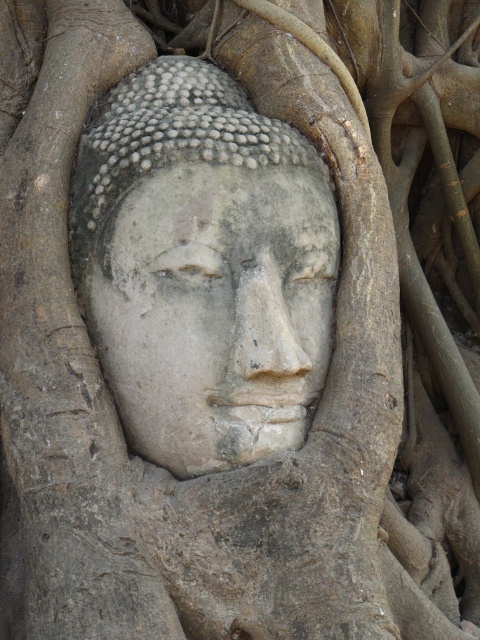 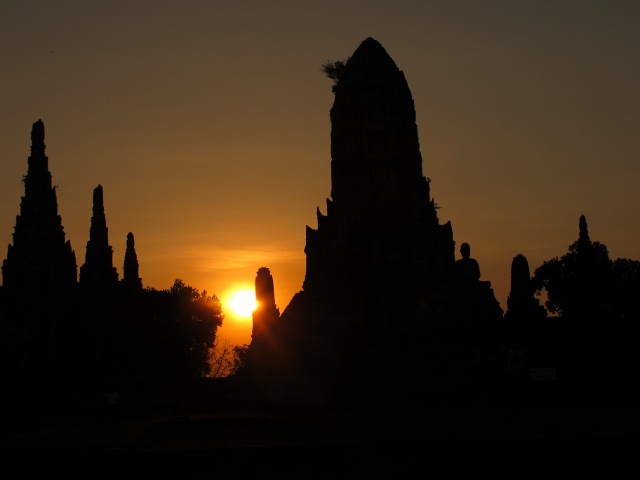 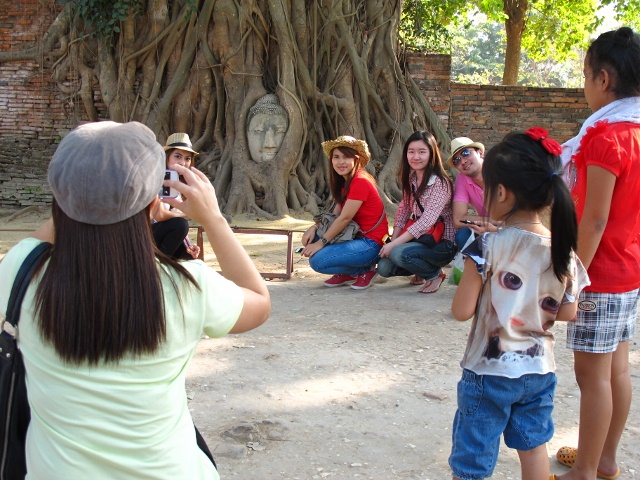 We could easily have surrendered a day in Ayutthaya to a quick train trip into Bangkok to one of the few well equipped bike shops in the country. Instead, we were just too comfortable. When it came time to resume our cycling, we set out in trepidation not knowing when the next spoke would break. Would we survive the day, would we get as far as the Cambodian border, perhaps even Phnom Penh or maybe, just maybe, all the spokes would hold up indefinitely. The first day there were a few squeaks, clicks and creaks from the front wheel. We hit some rough patches of seal and the occasional pothole but the wheel stayed intact. 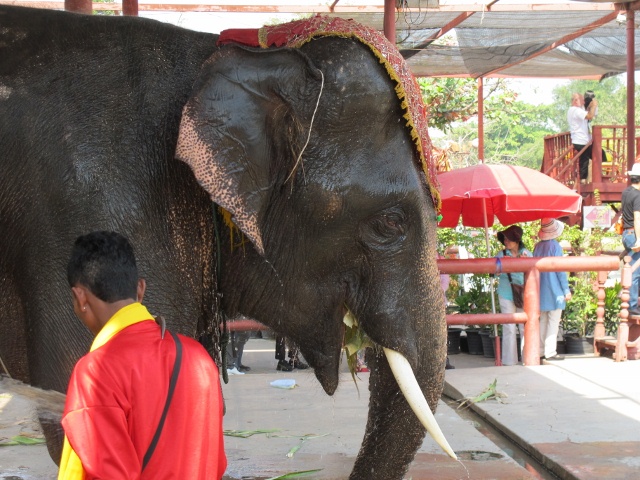 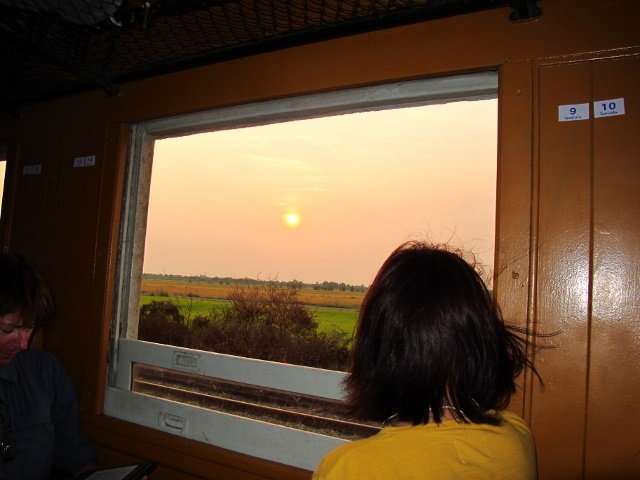 The second morning, I stepped particularly hard on a pedal as we pushed off after a breakfast stop and suddenly there was that ping sound with which we are becoming familiar. I replaced the spoke on the side of the road while Judy checked the map. The next nearest town with a railway station was Prachin Buri, 25 km away. We rode off in that direction as gently as possible, hoping to avoid another breakage. By 4.30 that afternoon we were on a train bound for Bangkok and enjoying the company of two English cyclists http://www.melandmattwilliams.blogspot.co.uk/ who were making for the Thai capital after four months in S.E. Asia. Four hours later, all four of us were negotiating our way out of the city’s main railway station and trying to find somewhere to stay.

The next morning Judy and I dropped the wheel off at a bike shop http://www.probike.co.th/en/index.php and 24 hours later it was waiting for us - rebuilt with all new spokes, the old ones taped up ready for us to carry as spares.

Now, having found ourselves in Bangkok after all, we can’t quite bring ourselves to leave. We’ve found some excuses to linger and who knows, maybe tomorrow we’ll catch a train out of town and resume our cycling. It will have taken us three days to get the wheel sorted.

If we’d listened to that sage advice from Thomas Jefferson, we could have done it in one and avoided that gnawing sensation in my stomach.
Posted by Mike Brockie and Judy Yeoman at 00:47