Albania - A Day Trip from Corfu


Our guide’s microphone kept cutting out. She tapped it repeatedly and turned the volume up so that when the microphone suddenly reawakened we jumped in our seats. ﻿﻿
Somehow the microphone symbolised the day. Here we were playing tourists on a bus in Albania – a country where the economy certainly doesn’t work, but there are occasional signs of life.


The view was depressing. Apartment block after house after apartment block lay half built – sometimes with people living on a single floor while above and below them was a wasteland of concrete. “When we get the money we can finish them,” said our guide, a cheerful local called Julie. She added, ”this (an investment opportunity) will be of interest to your country.”


The people – from behind the shelter of our bus windows – looked lean, even mean. Not threatening but as if they were in need of three square meals.﻿﻿
Youths – like young males everywhere – hung around the central park in Saranda looking bored and listless. When they did move it was often with a swagger, trying to look tough. Their clothes, at first glance fashionable, looked cheap and poorly made. 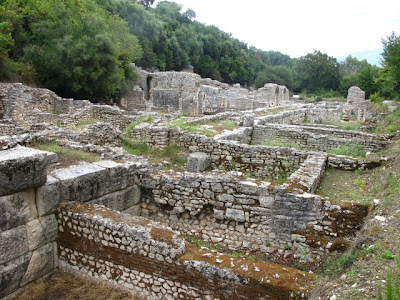 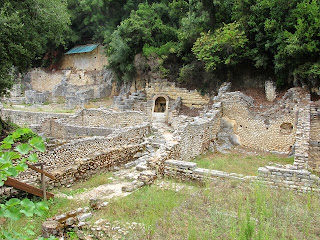 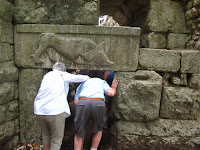 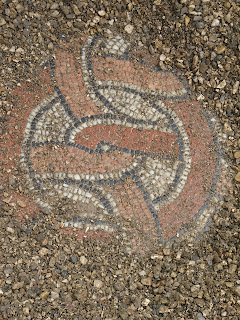 Images (below) from bus window 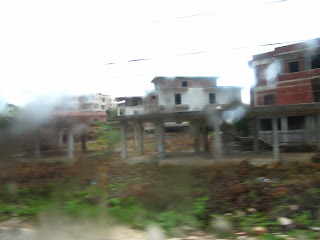 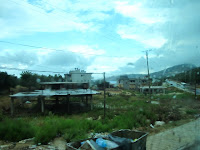 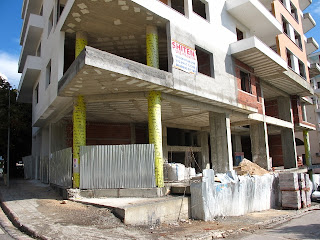 
﻿
Itwas depressing. It was also fascinating and I felt like a voyeur, safe in the knowledge that by day’s end we would be back in Greece where despite its own problems, life is comfortable. 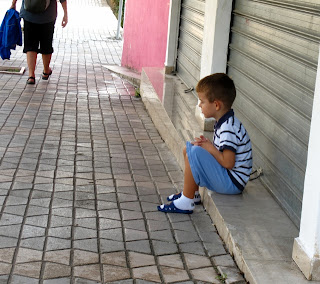 Here was the country that has one of the poorest economies in Europe. The 20 year transition from a xenophobic Communist state to a modern democracy remains fraught with widespread corruption, organised crime, high unemployment and a rundown infrastructure. An example of the latter: one source says 35 % of all electricity generated in Albania (most of it hydro) is lost through delivery problems and theft.


Our bus tour began with a stop for coffee (cheap) and then on to the  UNESCO World Heritage Site at Butrint, inhabited first by the Greeks, then the Romans before being abandoned in the Middle Ages when it was struck first by an earthquake, then a flood.

A sudden storm struck towards the end of our visit; sheets of lightning, thunder rumbling and a deluge that sent us scurrying back to our coach.
We bussed back to Saranda, 20 kilometres to the north, where we had a late lunch of meatballs, pork slices, diced cabbage and so on, while outside a woman sold brightly coloured T shirts bearing the symbol of the double-headed Albanian eagle. For her at least, it was a good day. Many of our number had been soaked by the rain and were happy to buy a dry garment for the return boat ride home.
That evening we dined in comfort at our local taverna. The images of Albania were still fresh and disturbing. How could it be, we asked, that a country so close to Western Europe could be so far away?


Posted by Mike Brockie and Judy Yeoman at 04:03