DOBAR DUN (HELLO) FROM CROATIA
She was short, stout and shrewd. In her hand she clutched a card that said “apartment”. She saw us hesitating in the crowd emerging from a coastal ferry – we couldn’t decide whether to camp or try to find a roof over our heads. As we dithered, she cast her line calling “apartment” in our direction. With perfect timing she looked at the loaded tandem, then at us and planted the hook,” no steps, walking distance.” 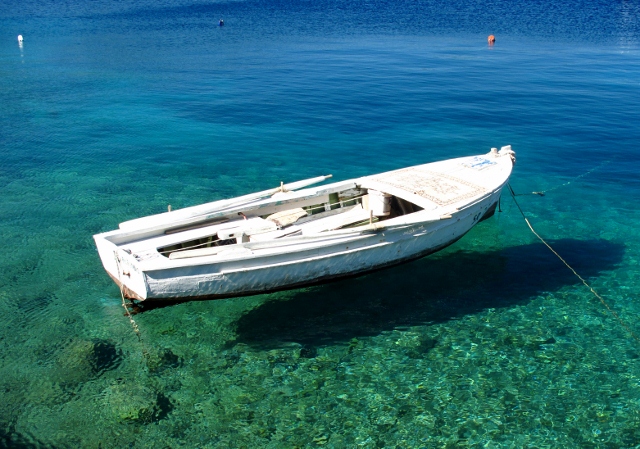 This was accommodation Dubrovnik style – Croatia’s most expensive city has a thriving private rental market in which residents with a spare room or two tout for customers among the thousands of tourists not prepared to pay stiff hotel prices. 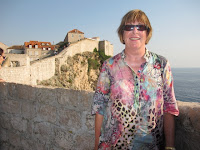 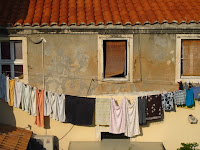 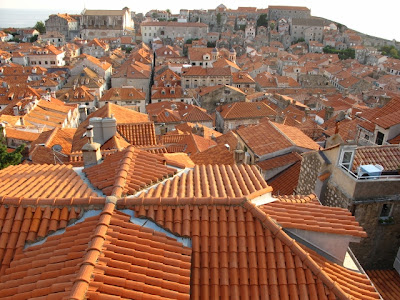 Within moments we’d struck a deal –the cost was the same as we knew we’d have to pay at the local campground, but we wouldn’t have to erect our tent and could sleep in the luxury of a double bed. And Dubrovnik’s famous old walled city was within walking distance, we were promised. 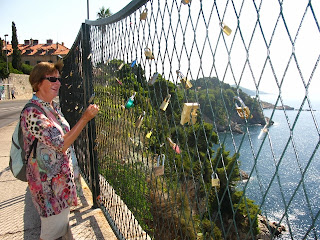 Mrs Plenkovic (the introductions came later) led the way to the family home – up a steep street that climbed away from the port. Arriving at the house was a bit like a lottery – we weren’t sure whether we were onto a winner and if we were not, how we would get out of the deal. But Judy took a quick look at the apartment with its terrace, big double bed and separate bathroom and gave it the ok.

We’d barely unloaded the bike before Mrs Plenkovic reappeared full of good spirits and with her husband in tow. She was carrying a silver tray on which were four small glasses and a bottle of Rakija – a clear, homemade alcohol that packs a punch. 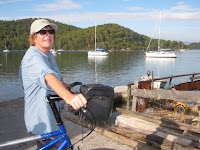 We toasted each other, drank a round and then another as the evening drew in. Mr Plenkovic picked several bunches of grapes and presented them to us, and showed us where we could reach from the terrace to collect figs from a large tree for our breakfast the next morning. Their English wasn’t good, and our Croatian was zilch but we felt we were being given a particularly warm welcome which couldn’t all be attributed to the alcohol. Afterwards we put it down to being New Zealanders, and that despite the language difficulties we’d talked about the early Dalmatian settlers who’d arrived and found work digging out kauri gum and had begun New Zealand’s wine industry.


Our reception in the Plenkovic home was in marked contrast to some of our other encounters in Croatia. On occasion people have been abrupt to the point of rudeness, and even Judy’s winning ways have been unable to thaw the grumpy checkout operators in the supermarkets.

But then a travel guide*reminded us that Croatia is still living in turbulent times. It struggled under years of Communism, then less than two decades ago was involved in a war in which as many as 20,000 people died.  Now it’s under siege again – this time from tourists who have made it one of the Adriatic’s hot spots and have forgotten (or don’t know) about its past. No wonder those shop assistants give the “Croatian shrug” (don’t know, don’t care) occasionally.

We’ve spent almost four weeks in Croatia, and the good news is that we’ve discovered that those same checkout operators do thaw after a while – a familiar face (even a foreign one) and a friendly smile can break down the barriers.


But it hasn’t been easy, and while we’ve enjoyed our time in Croatia it feels very much like a young country finding its way in the wider world. It’s on the verge of joining the European Union – forming a closer relationship with some of its much bigger and more economically powerful neighbours.
Many Croatians are unhappy at the prospect, which is hardly surprising given the rifts in the EU at present. It’s a country which has had a tragic past, and we can only hope that its future is a lot brighter for people like Mr and Mrs Plenkovic.

*Rick Steves’ Croatia and Slovenia
Posted by Mike Brockie and Judy Yeoman at 01:04