Worst Smells: from a truck pulling out of a mussel processing factory in Brittany, France.
Nicest Smells: Lavender from shops in Italy, coffee everywhere, pine trees, peaches in Split.
Bottoms’ Status: (0 = absolute agony, 10 = heaven on earth) Mike = 9.5, Judy = 9.5. We are having a few days off the bike and hence making a swift return to normal.
VENETIAN BLINDED
Venice is a city under threat from the sea and from the tourist hordes. We came, we saw, we were conquered - by the crowds and the heat. 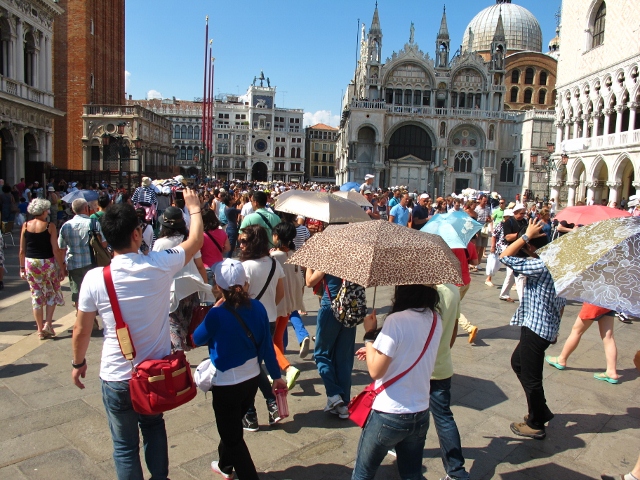 Despite Venice’s undeniable beauty, culture and history, one day was enough. It was impossible to see past the throng of visitors and we retreated to our campground, preferring the mosquitoes which lay in wait for us on the edge of what is basically a big swamp. 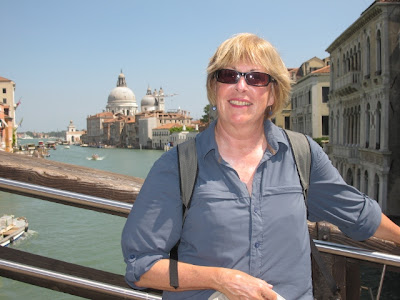 Our plan on going to Venice was to catch a ferry from there to Croatia but the logistics of getting the tandem on board a ship were just too taxing – a bike ride from our campsite, some form of water transport to the island of Venice, a struggle to push the loaded tandem through the crowds to the ferry terminal and finally to embark. 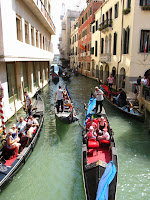 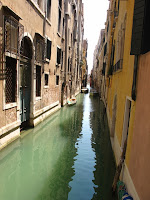 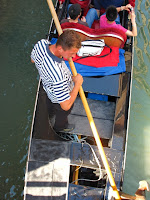 Instead we chose to cycle down the coast to Ancona where it was a relatively straightforward exercise to board a boat.

IN MY FATHER’S FOOTSTEPS – REVISITED
Recently, we recounted our cycle ride in northern Italy – following part of the route along which Judy's father made a bid for freedom during WW2. Since that blog some of you have asked, “What happened to Colin, Tommy and Allan?"
Colin and Allan had escaped previously together from a POW camp near Poppi, Italy. On that occasion they were recaptured on the coast after working their way through the Appenines. They were sent to Gavi POW camp (the camp for troublesome POWs). Then this second escape with Tommy from Spittal, dressed in clothing they swapped with three Frenchmen having avoided being put on the “camp role”. Colin and Tommy, whilst recaptured at Chuisaforte, escaped again and got back with their troops for the remainder of the war.
Colin wrote a racy read called “Life without Ladies” on his return to NZ published in 1945. Colin and Allan stayed in touch, especially with Gavi POW reunions in NZ, and Colin ran his legal practice in Whanganui and lived to a good age.
Tommy became Sir Tommy and divides his time between London and Scotland. Tommy has recently written his book “Behind Enemy Lines” published by Random UK.
My father was recaptured in Slovenia and remained in POW camps for the rest of the war years. Forty years later, Allan wrote his book “The Long Road to Freedom” published by Random House. Parts of that book are in recent NZ Random publications called “Escape” and “Behind Enemy Lines”. Allan and Colin’s escapes were re-enacted in a half hour programme called “Allan Yeoman: Escape Artist” by Gibson Group for TVNZ’s series of seven NZers in WW2 called “Kiwis at War”.


My parents’ letters written to each other throughout their six year separation during the war, have been recently archived in Alexander Turnbull Library. Allan died aged 93 in September 2007. Just prior to Allan’s death, Tommy read Allan’s book and wrote to him and then went on to write his own story of his war years.
Posted by Mike Brockie and Judy Yeoman at 00:39