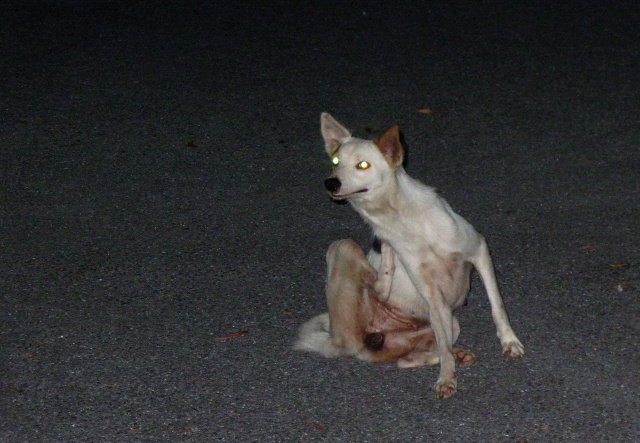 "With the stick I almost feel brave and fearless," Judy the Stoker on dealing with dogs. 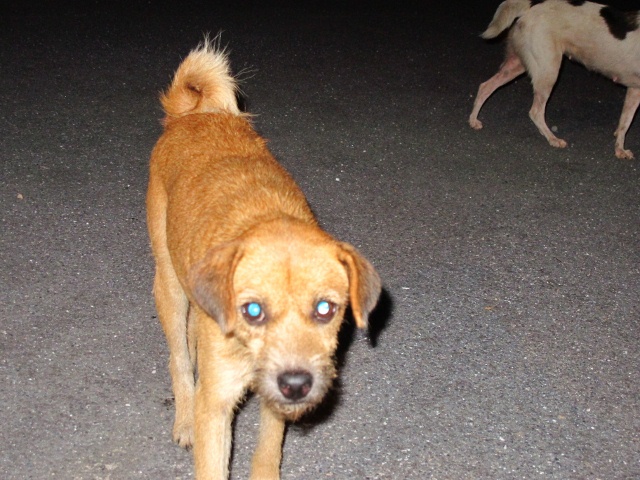 At the end of a long driveway a black dog stood watching us. As we drew closer on the tandem, it became clear there was something wrong with the animal. It was unsteady on its feet, and closer still, we could see the drool, the bubbles of spittle running down its jaws. It never took its eyes off us, but as we came within three or four metres it backed away, slinking to the edge of the driveway where it joined the road. Suddenly the dog’s hindquarters gave way and it collapsed, slewed on its side but with its front paws still on the ground. Its look never wavered, its eyes always on us. With an effort, the dog regained its feet and moved towards us, then away, then towards us again as if testing us. It began to collapse again, but this time managed to stay upright. We slipped past and suddenly the road ahead was clear and we accelerated away, Judy still clutching the walking pole we use as a bicycle stand but now doubles as a weapon.﻿

Did the dog have rabies? We don’t know and never will, but plenty of dogs in Thailand do carry the virus despite efforts to reduce the rabies risk. 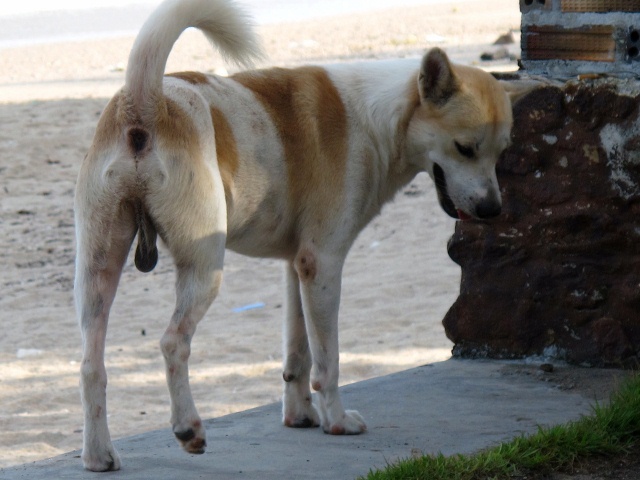 The dogs have put the wind up us. In Malaysia and the far south of Thailand -  Muslim areas - the dogs weren’t a problem. Now in Buddhist territory further north, destruction of stray dogs is often opposed on religious grounds and so they roam and keep on breeding.

At times, the dogs seem to be around every corner, and give chase one or two or three and four at a time. On every occasion, we’ve managed to out pedal them, but with two sets of legs on the tandem we feel a bit like a double Mac nicely packaged and just waiting to be eaten.


﻿
We’re trying to outwit them with psychology – sometimes slowing down as we approach to allow them an opportunity to move away (occasionally they do). Then there’s the more aggressive attitude where a dog stands firm waiting for us. I try to make myself look as big and domineering as possible - sitting up on the bike, pushing my elbows outwards and yelling in my deepest, most threatening manner. I steer straight for the dog. It’s an approach which doesn’t seem to work, but makes us feel better as our hearts race and we bend forward and pedal as hard and as fast as we can.﻿﻿﻿﻿﻿﻿
The best approach seems to be that walking pole/bike stand. Judy’s taken to carrying it in one hand,  usually on the side that has the most dogs. She waves it about and tries to look menacing. I don’t think the sight of Judy with a stick looks very threatening it all, but it’s working better than anything else we’ve tried so far. The trouble is, it’s hard for her to carry the pole long distances as we cycle so we are trying to devise a way of securing it to the bike so it’s instantly available when needed.
﻿﻿﻿
Before we left New Zealand, we both had rabies vaccine shots. It means that if the worst happens and we do get bitten, we only need two more jabs and don’t have to be turned into pincushions. But who wants to get bitten – rabies or not. The only touring cyclist we’ve met in S.E. Asia told us he’s been bitten twice, both times here in Thailand.


﻿﻿﻿﻿Both of us have always been anxious around stray dogs, and before we set out on our travels we knew that at some stage we would have to face up to them. Now it’s happening and neither of us like it. For the first time we have had our confidence shaken.

The only way I could go to sleep last night was to be realistic about ‘the problem’.  The situation was either going to remain the same, get worse or improve - the same number of dogs, more dogs and more risk of being eaten or fewer dogs and less risk. Meanwhile, I’m reading a racy novel and watching the sea roll in at a resort hotel where we have retreated in the hope of avoiding becoming dog tucker. We could be anywhere - there are coconut palms and frangipani and a warm breeze.  I can pretend I’m in Samoa or Aitutaki, until tomorrow when we are back on the road.
﻿﻿﻿﻿ 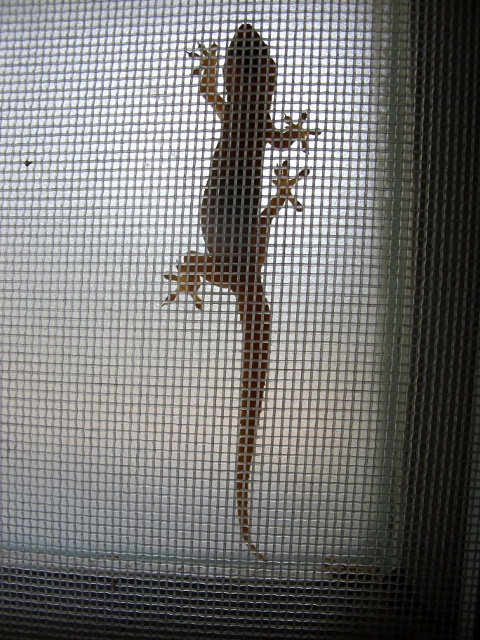 Posted by Mike Brockie and Judy Yeoman at 01:41