Departed Bangkok for Vancouver BC, Canada on 4 June 2013
The Plan: Cycle the Pacific Coast from Vancouver to the Mexican border

“I was shot,” he said. He twisted in his cane chair to show us the back of his left leg. There on his calf was a perfect circle of scar tissue about three centimetres in diameter.
Where did it happen? I asked. We had been talking about his time in Africa and he said Togo and stopped as if he had said too much.
Why did they shoot you? He looked at me as though I was mad to ask. He was silent while he sifted the possible responses through his mind.
“They didn’t like me,” he said quietly and stopped. It was clear he wasn’t going to be drawn and the conversation drifted back to how much he had enjoyed the rest of his time on the African continent.

He flew a small plane there and for a moment, as he talked, his eyes became alert and the lethargy lifted from him as he described how the flamingos rose in the air beneath his wings.
“Like the movie, ‘Out of Africa’”, Judy said and he nodded with that gleam still in his eyes.
We were sitting outside our Bangkok guesthouse. Judy and I were drinking Chang beers, he was drinking a large tumbler of milk. Strange and exotic plants provided a shield between us and the alley and, given the rest of the guesthouse, it wasn’t a bad place to linger. Inside we had discovered the roof leaked in the monsoon rains, several of the toilets and wash basins didn’t work and most of the staff were demoralised and disinterested. “It’s like Fawlty Towers but no-one’s laughing,” I told Judy.

The Dutchman, for that’s what he turned out to be, was the most puzzling of the puzzling people we met at the establishment. He was of indeterminate age, not young but perhaps not old. His shoulders were rounded as if he had spent a lifetime driving a desk and when he walked it was a stiff old man’s walk - as though someone had poured glue into his joints and it was just setting.
He said he wasn’t the owner of our guesthouse but he did seem to be in charge. “Farang can’t own property in Thailand,” he told us in what was an over simplification of the reality.

The next night we learned about Boss Man Number Two. He was a gentle, softly-spoken Chinese with a permanently worried look. Born in Los Angeles, he had moved to Thailand where his parents had lived until their late teens. Now he was the go-to person at the guesthouse - the one person who could arrange your transport to the airport or knew where the nearest ATM was located.
The fact that he was Number Two became clear when two young women backpackers arrived wanting a room and a discount. As we idled over our beers, the noise level behind us rose until eventually BMN2 emerged to appeal to the Dutchman.
“They want a discount,” he said. “But I can’t feed my family if we give discounts.”
BMN1 dragged himself to his feet and entered the fray. The price is the price, he told them. “If you want cheaper go and sleep in the railway station.”
They stormed out to go who knows where.
By now we were fascinated. What were both men doing in a dump like this? It became a game with us to try to find out more.
Judy was the first to dig out a few nuggets of information from BMN2. He had, he said, surrendered all rights to U.S. residency. He couldn’t go back even if he wanted. It seemed odd given that he was born there but Judy couldn’t get to the bottom of it even though the inscrutable Chinese was by now singing like a canary to her - in English. He spoke hardly any Thai, which made him an outsider in his adopted land.
The next night BMN1 said he had bought a home in the “Dutch Caribbean” and all he wanted to do was retire there to listen to his music and read and look at the view over the water. In the meantime, here he was helping out at the guesthouse and supervising a small team of correspondents who provided copy to a major U.S. newspaper. He was up much of the night working on his computer, which helped explain why he looked so tired.
In a rare moment when he looked more forthcoming I asked him what it would take for him to retire to that home waiting for him.
“A replacement,” he said and I assumed he meant to run the guesthouse. But he meant a replacement to take over his newspaper duties. Until then he couldn’t leave.
“That’s very noble of you. Most people these days would just resign, say thanks and leave it up to their employer to find a replacement.”
He couldn’t do that, it was a question of loyalty, he said and I wondered if he had called in a favour from an old mate who had secured him the job in the first place.
There was something odd about it, but like BMN2 we were getting only part and not all of the story. 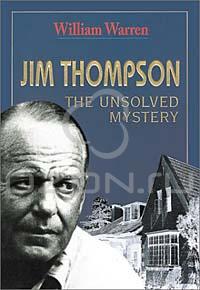 As a young man walking the lonely aisles of the Auckland Public Library I came across a book of beautiful photographs. They were taken by a New Zealand photographer, Brian Brake, whom I admired and were of a house built by an American living in Bangkok.

His name was Jim Thompson, and he went on to become a legend in Thailand and all of South East Asia as he turned Thailand’s silk manufacturing from a cottage industry into fashion garments which featured on the pages of Vogue magazine.
But there was much more to the story, which somehow I had missed until Judy and I were planning our visit to Thailand. In 1967, Thompson took a brief holiday in Malaysia’s Cameron Highlands, and vanished without trace. Despite an extensive search no clues were found, let alone a body which might have explained whether he had been a victim of foul play or simply slipped down a bank while out walking in the jungle near the home of the friends with whom he was staying. A good account of his life and disappearance is given in the book “Jim Thompson The Unsolved Mystery” by William Warren. 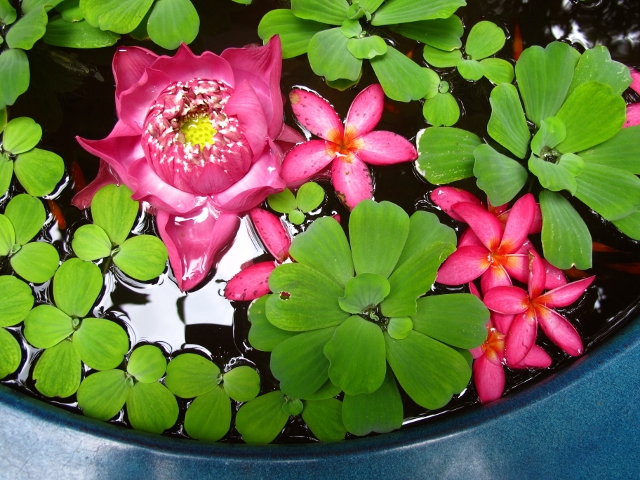 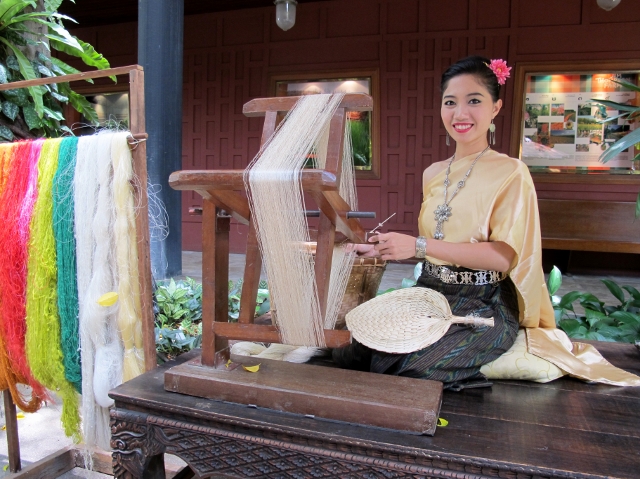 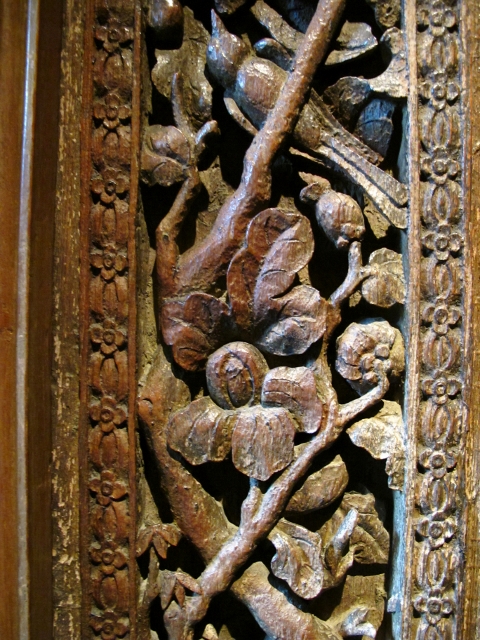 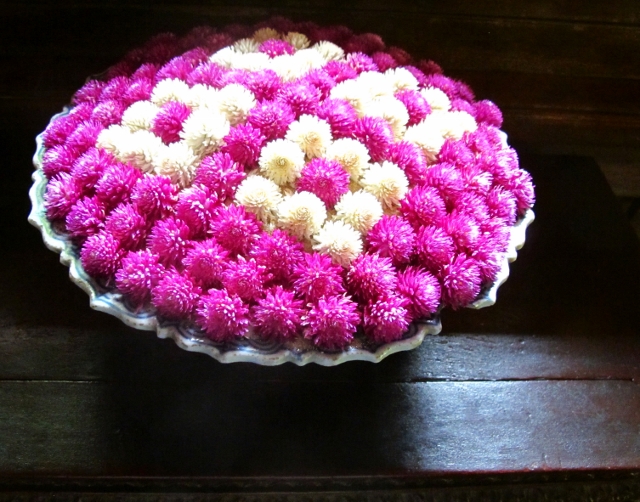 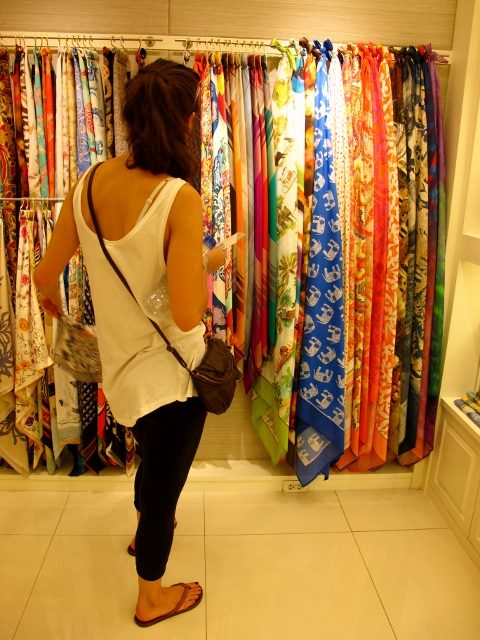 Today Thompson's Bangkok house is a museum showing off some of his art collection and his flair for design. It gives visitors an opportunity to reflect on a man who was not only an astute businessman but whose disappearance has never been satisfactorily explained.

Posted by Mike Brockie and Judy Yeoman at 10:11