How Many Times did you Pee?


The question comes up in the evening, as we relax after our day’s riding.  The answer varies but after three days on the humid roads of Malaysia we know it won’t be many – once when we get up, perhaps once in the early afternoon and then maybe, just maybe, once more.

It’s astonishing when we add up the litres of fluid we put away – input is not matching output. We each begin with a 650 ml bottle of water before we set out, followed by two cups of tea each after an hour or two on the road.
At lunchtime we often have fresh lime or lemon juice and we make several stops during the day at roadside stalls to guzzle on fresh coconut milk, soya, mango and watermelon juice and something called pingo. Add to that the three and a quarter litres of water (spiked with hydrating salts) that we carry on the bike, plus the three litres we tend to buy around mid-afternoon. It’s an awful lot of fluid. 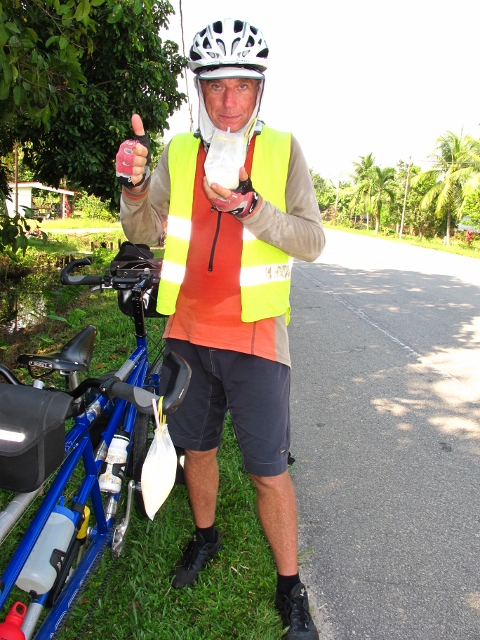 Sometimes after the first question comes another – what colour is it? We’ll spare you the details, but you can probably guess. The only solution seems to be to drink more. 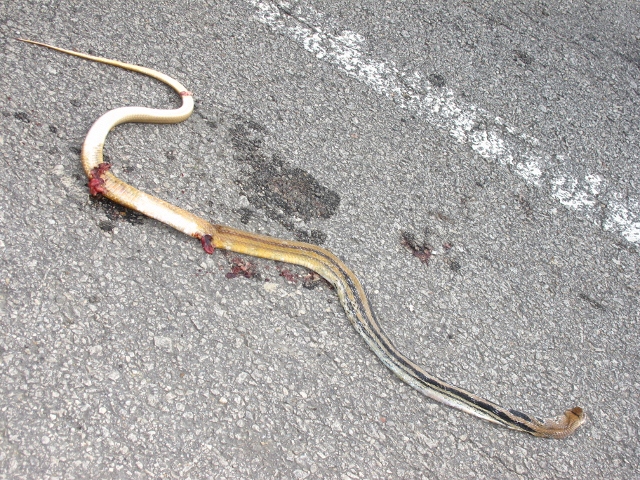 We set out from Kuala Lumpur, Malaysia’s largest city, in trepidation but as is so often the way the reality was better than we had dared hope. It was a public holiday so the roads were relatively quiet. We managed to avoid the motorways and found shelter under an overpass when the monsoon rains arrived mid-morning. The most difficult part was avoiding the traffic in the exit lanes on the six lane highway (with median strip) that took us north from the suburb of Ampang, past the Batu Caves and west to Kuala Selangor, where we stayed the night. Day One – 78 km.


We covered more than a hundred kilometres on each of the next two days as we cycled on flat roads from Kuala Selangor to Teluk Intan (overnight stop) and on to Ipoh in Perak State. One stretch of road from Bota Kanan to Parit deserves special mention – it was particularly pretty as it ran alongside the Perak River.

Posted by Mike Brockie and Judy Yeoman at 05:47